Recently, thanks to my daughter, I got hooked on The Great British Bake-Off show, on TV. I’m not much of a TV person and I don’t usually have the patience for all the drama around cooking competitions, but this show is different. I consider myself a pretty good baker, yet I learn so much about baking from this show. The show covers all the classic baked goods, whether it’s breads, pastries, quiches and pies, cakes, or other baked desserts. There are tips and techniques for baking that the judges actually go over and explain, something I haven’t seen in other shows, and to me, this is the added value of the show. It is both entertaining and educational, without all the drama that you find in American cooking competition shows.

Anyway, one of the crusts I was kind of introduced to in the show was hot-water crust. This crust is used for savory dishes like pies and empanadas. With this crust, instead of cutting cold fat into flour and then adding cold water, boiling water is whisked into fat (usually lard) until it forms an emulsion. This lard mixture is then added to flour. The result is an extremely pliable dough that’s easy to work with since it doesn’t crack or tear. I’ve never worked with lard or shortening, but I did bake with margarine ages ago, before it turned out that it was very bad for our health. Here, I chose to use shortening for religious reasons, although I’m sure that lard would be a tastier and healthier choice. The filling is something my daughter, who also got inspired by the show, came up with. The result was delicious. 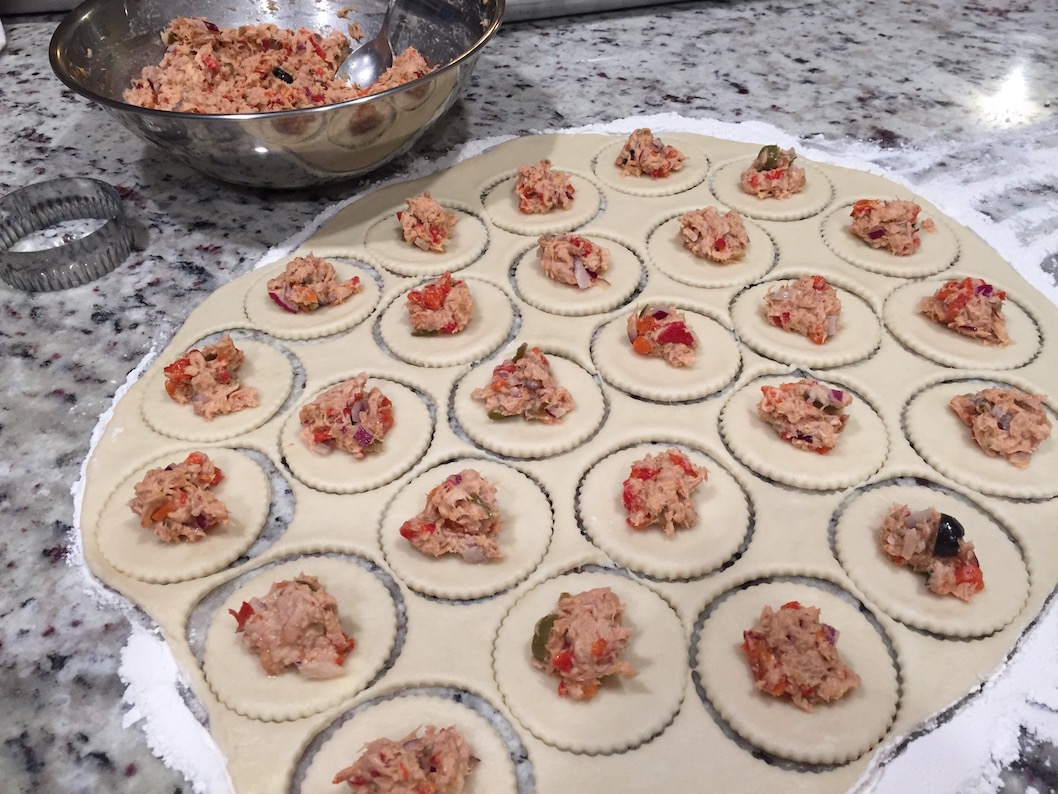 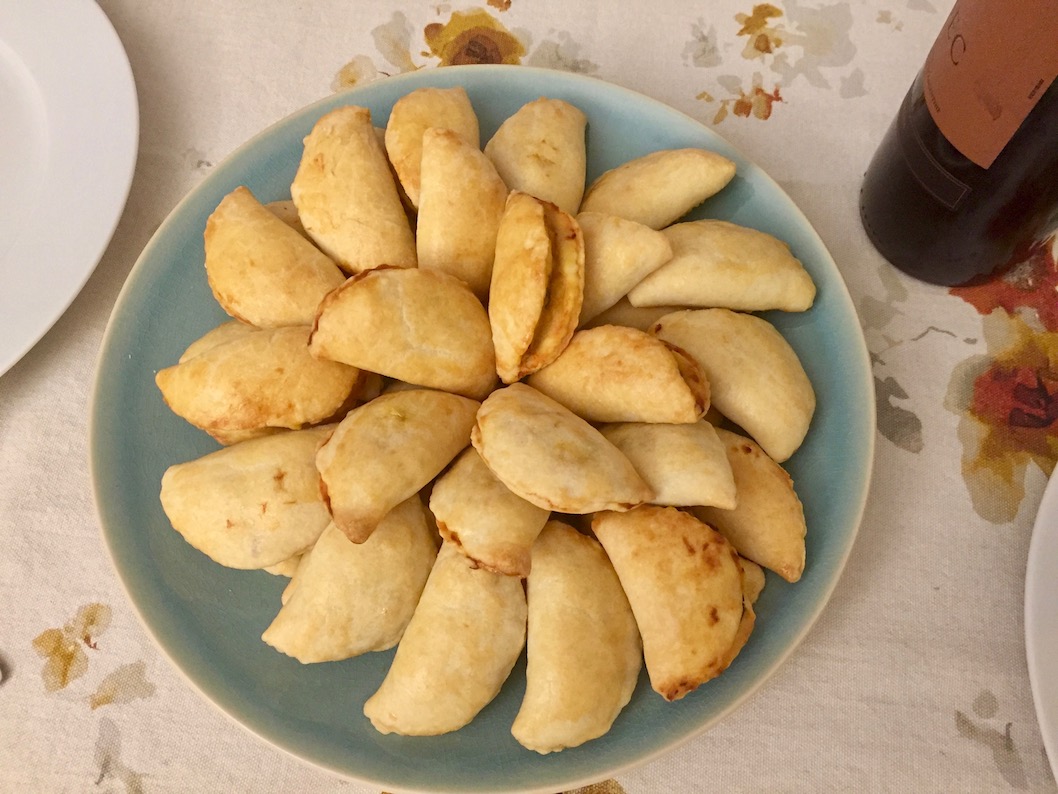 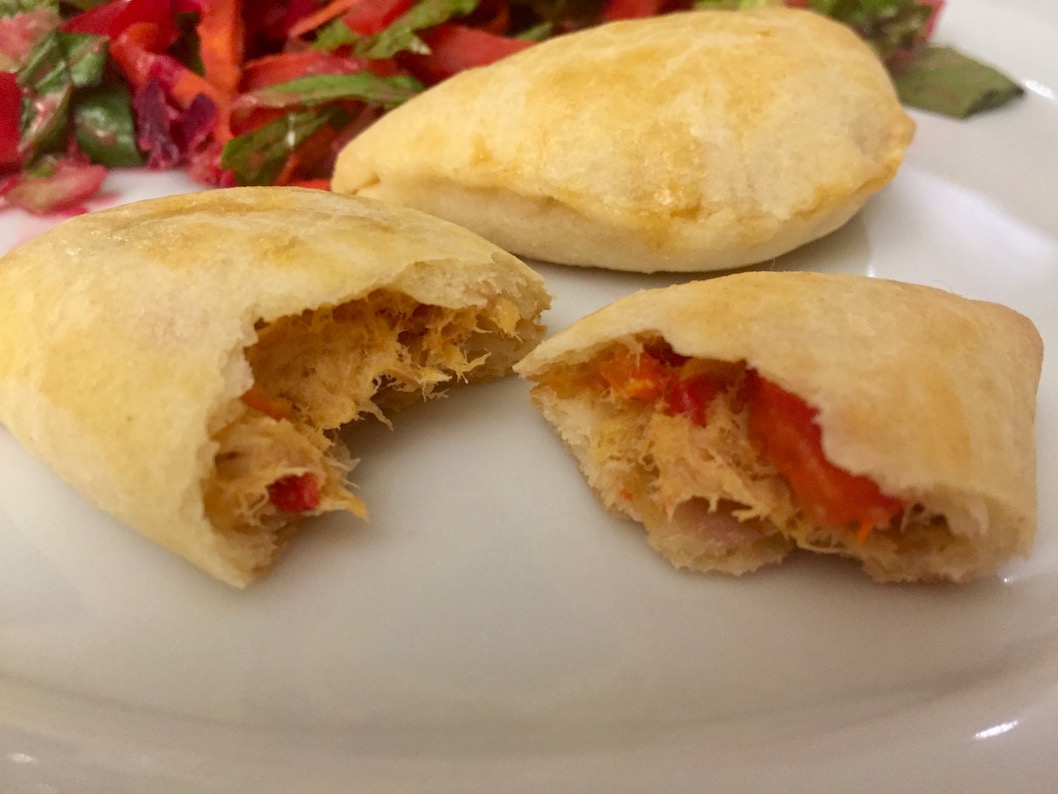 Chicken and Potatoes In the Oven