One of the most precious memories of my childhood is Shabbat at my grandparents’ home, in Tel Aviv. After spending the afternoon together, preparing for Shabbat, grandma would light the Shabbat candles and we would prepare the table for Friday night dinner. Everything was very simple and modest. The dishes were simple dishes, and the table wasn’t dressed. But it felt very much like Shabbat. The Challah was covered with a special cover, and the Kiddush wine and cup were ready for grandpa to recite the blessing. Dinner was very modest too and included Yemenite chicken or beef soup that was meant to last for both Friday night dinner and Shabbat lunch, white rice, Hilbah (fenugreek), Zhoug and Challah.

For years, my mother used to make her own version of the Yemenite chicken soup for lunch on Fridays, a reminiscent from her parents’ home. Up until today, Yemenite soup is one of my favorite Friday night dinners, though we don’t make it often enough.

This recipe, which calls for chicken, is my grandmother’s version on this yummy soup. Or more accurately, my grandpa’s. After my grandparents got married, grandpa realized that grandma, who was not Yemenite, did not know how to cook Yemenite food, so he taught her what he knew. Grandpa made the soup sometimes with beef and sometimes with chicken. the special spice in this soup is Hawaij, a Yemeni spice mix for soup. 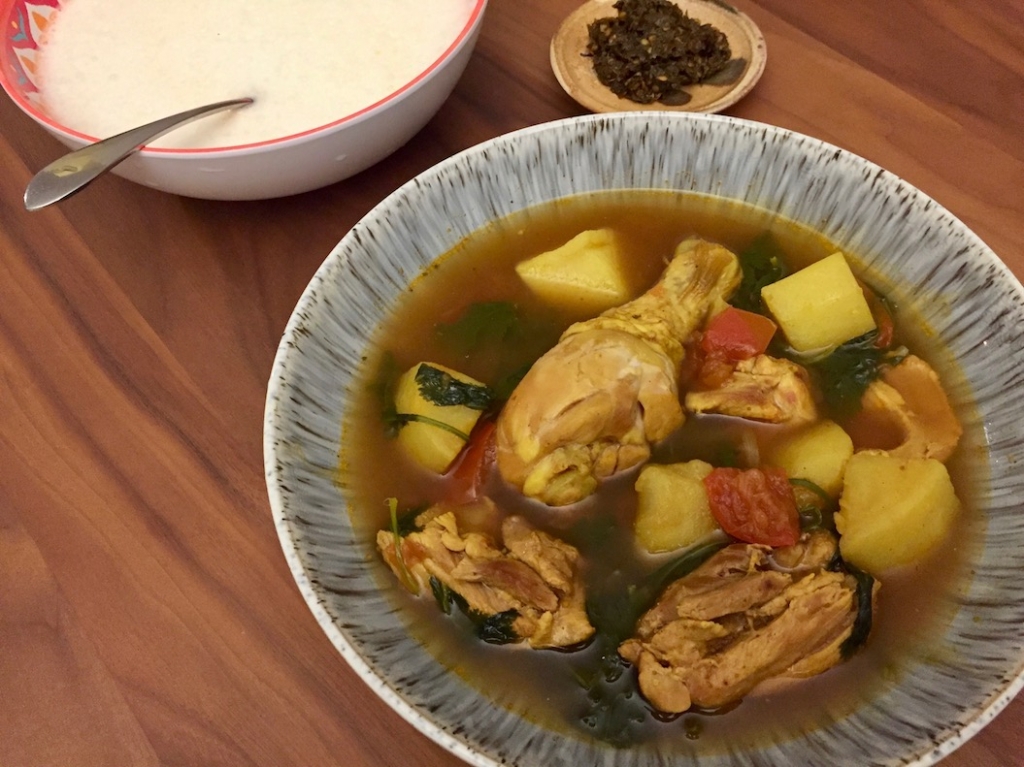 Food Recycling is Fun (and economic, and responsible, and environmentally conscientious, etc…)